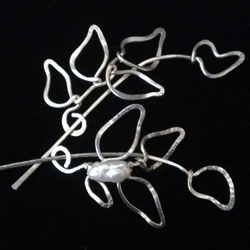 Physiologically, the human aging process is largely determined by the natural age-related decrease in sex hormone levels. In men, this relationship is less pronounced and occurs mainly in the loss of sexual desire and increased risk of prostate tumors. At the same time, women’s age-related decline in sex hormones (primarily estrogen) has a significant negative impact on the function of the whole body. This physiological feature associated with the fact that estrogens define and regulate not only the reproductive function of women, but also play a crucial role in the normal life of almost all organs and tissues. Currently known more than 400 functions of estrogen in women’s body systems:  nervous and cardiovascular systems, bone, liver, kidney and skin.

Menopause is characterized by a sharp decline in estrogen levels, resulting in a first set of developing psycho-emotional disorders and vascular disorders, and further significantly increased risk of cardiovascular disease, osteoporosis, and malignancies (primarily breast, ovarian and endometrial cancer).

Cardiovascular disease during menopause.
Women in menopause are at high risk of developing cardiovascular diseases, especially hypertension and coronary heart disease. It is known that at a young age the prevalence of this disease is much higher in men, but later, if men it changes a little, the women in the age group 40-49 years it has increased by half, and in the group of 50 – 59 years – three times. If the frequency of hypertension in women of reproductive age is about 8%, while after menopause increases to 52% – almost 7 times!

Osteoporosis.
This skeletal disease characterized by a decrease in weight, decrease in mineralization ¬ disruption of the structure of bone structure. According to experts of the World Health Organization (WHO), osteoporosis, along with myocardial infarction and oncologic pathology  occupies a leading position in the level of mortality. As the occurrence of osteoporosis is the third largest in the world after cardiovascular diseases and diabetes. Because the disease has almost no symptoms and often detected only after the fact of fracture, it is used to such term as “the silent epidemic.” According to statistics, 80% of cases, the disease affects women, developing in almost every 4th over the age of 50 years. Decrease in bone strength (and during the climacteric woman can lose up to 40% of bone tissue) dramatically increases the risk of fractures. Traumatic injuries of the bones occur every second woman aged 50-70 years, which is 4 – 7 times more likely than men of the same age.

Cancer, especially breast cancer, ovarian cancer and endometrial cancer, are also characteristic manifestation of the climacteric syndrome and in many cases – a direct consequence of the age imbalance of sex hormones.

The only method of prevention and treatment of menopausal symptoms, until recently, was considered hormone replacement therapy (HRT) using products containing synthetic estrogens. Impetus to the development of methods of HRT was the results of investigations of the mechanisms of the protective effect of estrogen on various organs and tissues of the body and the role of estrogen deficiency in the development of severe pathologies such as osteoporosis and cardiovascular system.

Meanwhile, the data of numerous clinical and epidemiological studies indicate that the use of HRT, especially for a long time and in high doses, is not indifferent to the woman’s body. This method of treatment can have a number of serious complications and side effects such as uterine bleeding, increased risk of acute circulatory disorders (stroke and myocardial infarction), cholelithiasis, venous thrombosis, and most importantly – HRT contributes to the increased risk of malignancy (especially breast cancer).

Today, many shortcomings of HRT are obvious, and now in many countries actively works to find other methods of prevention and correction of manifestations of the climacteric syndrome.

It is very important for women in that age to manage stress and stay healthy. See wellness retreats in Costa Rica for stress reduction and emotional healing