There are several thousands of different human diseases, known to modern medicine. More than a hundred of them are widespread and somehow affect each person.
Is it possible to prevent them? Are their common and simple prevention regimens? All of these issues sooner or later begin to worry about each person. 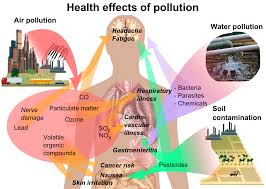 Today, those who are seriously concerned about their health, there are two ways of improvement. The first way – to seek the assistance of modern pharmacological medicine. For most of us this is the usual way. Unfortunately, pharmaceuticals affect only the most ultimate causes of the disease and can be used only when disease is already formed. Moreover, most pharmaceuticals are treating the symptoms of certain diseases, but practically do not affect the fundamental causes of illness.

There is another way, prompted by centuries-old experience of folks medicine. Since the ancient times doctors knew that no disease develops suddenly. To do this, the body must occur certain conditions that modern medicine defines the general concept of “premorbid state.” If time does not take preventive measures of these premorbid states are beginning to as “grow” first common health problems, then – the first manifestations of a particular disease, and only then – the diseases themselves.

The earliest prevention of health problems have always been the goal of long-term practices of traditional folks medicine.

What general premorbid state underlie in the most common diseases of modern man? What is the true root cause of the disease? All long-term experience of traditional and modern preventive medicine is convincing evidence that the majority of health problems, no matter how different they may seem at first glance, have some common roots.

The first cause is the contamination of the internal environment of our body. Due to bad environmental conditions, improper diet and reducing the activity, the clearing systems of the body begin to accumulate in the cells of harmful substances that disrupt the work of most organs and systems of the body and very often lead to cell death. As many studies have shown the accumulation of harmful substances in the extracellular and intracellular space underlies a variety of disease processes: cardiovascular and gastrointestinal abnormalities, respiratory and allergic diseases, diseases of the liver and nervous system.

The second cause is the decrease of adaptive capacity of cells. Adaptation – is the ability of cells to adapt to the constant changes in the conditions of existence. Without the ability to adapt not only the development, but also the life on Earth would be impossible, because we do not exist under greenhouse conditions, and constantly experience temperature, food, environmental, neuro-emotional and other stresses. Fortunately, our cells have learned to defend themselves and to adapt quickly to almost every adversity with a universal adaptation mechanism. While the adaptive capacity of the cells remains high, we do not even notice differences weather, epidemics of colds, stress. However, it is only our adaptation reserves dwindle, we immediately find ourselves vulnerable to a variety of diseases.

The third reason for illness development  is the deficient in vitamins, minerals and other essential dietary components that person should receive regularly with food. Chronic deficiency of bioactive food substances can lead to the development of various impairments, since these substances are necessary for the regulation of critical life processes in each cell of an organism. This metabolism of proteins, fats and carbohydrates, the fusion reaction energy and building materials for cell regeneration, immune processes, antitumor and antioxidant protection and many other universal biological processes. Suffice it to say that, according to epidemiological studies, over 80% of immunodeficiency states and more than 60% of cardiovascular disease one way or another connected with the chronic shortage of food biologically active substances.

These are three fundamental reasons that underlie the earliest cell malfunctions. This is not yet the disease: disorders may in a few years does not manifest itself, because our body has unique compensatory reserves. However, over time, these reserves are depleted, and it was then already the first manifestation of the disease in the most vulnerable organs and body systems.

No matter how strong and healthy we are, no matter how active we are, what kind of perfect diet we eat, sooner or later, we are still faced with what any medical problems.
But we can start preventing illnesses before they appear, when we follow this simple system.

In accordance with this concept, prevention and correction of any human disease should begin with the three major health of activities that aimed at restoring the normal functioning of body cells.

First, this cleansing and detoxification of intercellular and intracellular space.
Disease – is not just a disruption of the functions of individual cells or organs. Any illness – is primarily a large accumulation in the body of harmful substances, which are formed as a result of inflammation, and damage of the cleansing organs and body systems, the growth of bacteria or viruses, etc. Once in the blood, toxic substances can disrupt vital functions of all other organs and systems. Therefore, without a comprehensive cleansing the body is impossible to achieve a truly effective correction and especially prevention of major health problems.

Second, is the restoration of adaptation reserve cells.

Thirdly, is the harmonization of intracellular functions through the main regulatory shortfall food substances and the regulation of biological rhythms.

Learn more about Siberian Health Natural supplements Designed, according to the above health regiments.